Need help with getting an Irish passport or have questions regarding travel in Ireland?

Online Resources About the Easter Rising

Next Monthly Meeting and Program

T.J. English, who has homes in NYC and in Albuquerque, will visit the IAS via Zoom to talk about his fascinating book Paddy Whacked and his in-depth research on the history of Irish-American criminality and to answer questions.

T. J. English was born in Tacoma, Washington and grew up in an Irish Catholic family of ten children. His father was a steelworker and his mother a social worker for Catholic Charities. After graduating from Loyola Marymount University in Los Angeles in 1980, T.J. worked as a high school teacher in East Los Angeles. In 1981, he moved to New York City to pursue a career as a writer, working in a series of odd jobs, including bartender, janitor, and most notably, taxi driver for three years, while working as a freelance journalist. Over the years since, he has published in Irish America, Playboy, and many other national magazines. He is also the author of a series of highly-praised and best-selling non-fiction books and has several screenplays in development. Also a screenwriter, he has written episodes of the television crime dramas NYPD Blue and Homicide: Life on the Streets.

As usual, the link to the Zoom meeting on October 8 will be sent out some time before the meeting to all IAS members who have email. If you are not a member, email Ellen (edowling@standuptrainer.com) to get the link. Feel free to share the link with interested friends and family.

Get (or renew) your membership or make a donation here 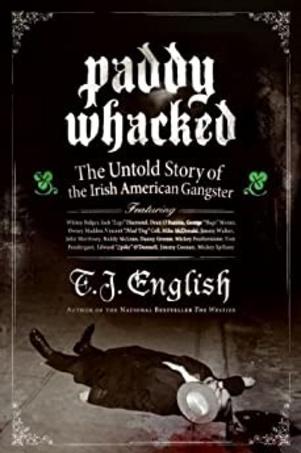 Stay connected! Read our current newsletter   or visit our Facebook page and check out the Irish Book Club page!

The Irish-American Society of New Mexico, based in Albuquerque, NM, wishes you a hundred thousand welcomes to our site!